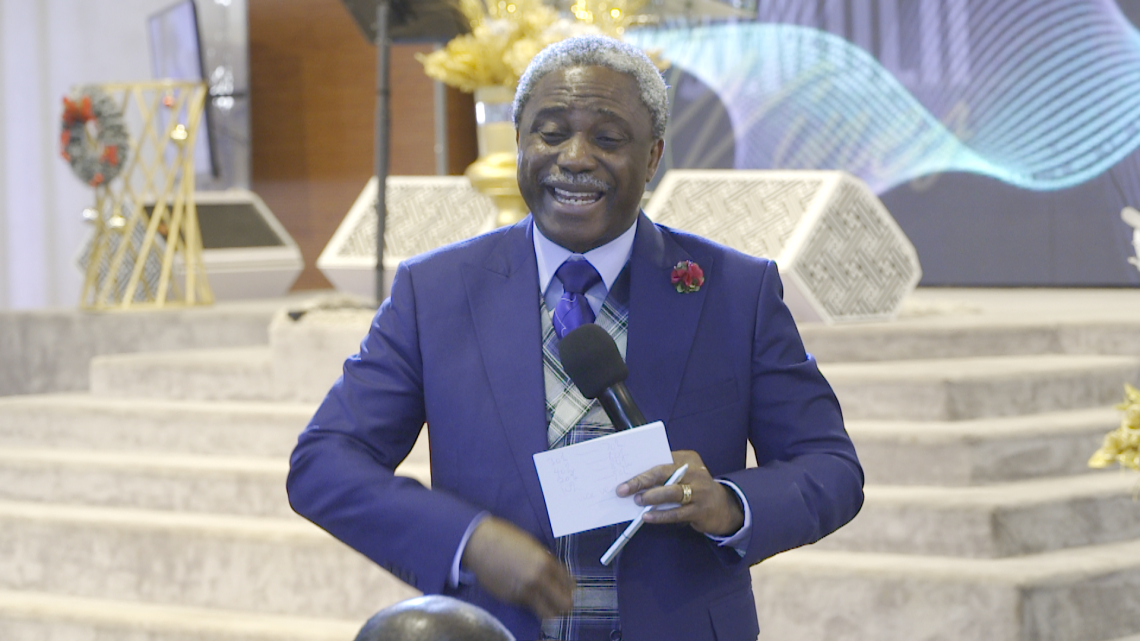 One of the ways you will please the Father is by SURRENDERING YOUR WILL TO HIM.

The call to be a Christian is actually a call to submit your will to the will of the Father.

The beginning of the problem in the universe was when Lucifer (satan) lifted up his will above that of his creator.

12 How art thou fallen from heaven, O Lucifer, son of the morning! how art thou cut down to the ground, which didst weaken the nations!

13 For thou hast said in thine heart, I will ascend into heaven, I will exalt my throne above the stars of God: I will sit also upon the mount of the congregation, in the sides of the north:

14 I will ascend above the heights of the clouds; I will be like the most High.

15 Yet thou shalt be brought down to hell, to the sides of the pit.

The cross is the point in time when the will of the Father crosses your will, and you submit your will to His no matter what it is. Nothing will work in Christianity until our will is swallowed up in His will. The fulcrum on which Christianity turns is on God’s will. Whenever your will is against His, the devil will defeat you. The devil banks on the fact that he will always get men that will not submit their will to the will of God.

The two most powerful forces on the earth today are the will of God and the will of man. God knows what you really want; one day, He will ask for it. Many years ago, He came to ask me for my certificate. His will for me was different from mine, which was to become a professor of electronics.

The will of God may be as simple as this is what I want you to do today, and yours may be different. The greatest battle for the human race was not on the cross but at the garden of Gethsemane, where the Lord Jesus fought the battle of surrendering to the will of the Father, Matthew 26:36-46. That was where the victory of the cross began.

39 And he went a little farther, and fell on his face, and prayed, saying, O my Father, if it be possible, let this cup pass from me: nevertheless not as I will, but as thou wilt.

Jesus our Lord, “Who, being in the form of God, thought it not robbery to be equal with God: But made himself of no reputation, and took upon him the form of a servant, and was made in the likeness of men: And being found in fashion as a man, he humbled himself, and became obedient unto death, even the death of the cross.” (Philippians 2: 6-7)

Today we are living on our cross; we are not dying on our cross. The cross is that point at which something you really need; you lay it down at the feet of Jesus.

The cross is not just the ornament on your neck; it is surrendering to the will of the Father. This is the sacrifice the Father builds on in any spiritual work.

What is it today that if Jesus tells you to do, you will resist? Some of you have an idea of what that thing is. Until you surrender that thing to the Father, your destiny will be on hold. And a time will come that if you don’t lose to God, He begins to look for a replacement. “And the Lord said, My spirit shall not always strive with man, for that he also is flesh: yet his days shall be a hundred and twenty years.” (Genesis 6 vs 3)

The place where the Spirit of God is striving with you is where you have not laid down your will.

At times His will can just be to apologize to your spouse. I made an altar call in Ilesha many years ago to women whose fathers or husbands had hurt. A woman stood weeping, unable to let go because her husband had hurt her so badly. I told her she could do it. The woman was crying and stiff. I told her, forgive your husband and let him go. That was the will of God for her at that moment.

The surrendering of his will to God was the first thing that Jesus passed. And I am challenging you today that you will come to a place where your will is given up to Him. “Then said I, Lo, I come (in the volume of the book it is written of me,) to do thy will, O God.” (Hebrews 10 verse 7)

The ministry of Paul was powerful because, at the beginning of his ministry, he asked, Lord, what will you have me do? So, therefore, the Christian that will please the Father is the one that will open to the Father and say Lord show me your will and I will do it.

“Lord, what will you have me do?” This is not a prayer that you pray in a hurry or out of excitement. Instead, it is a prayer you pray with deep thinking.

Expect God’s will to confront yours. Then, as you mature and embrace His will continuously, you will get to a place where you start enjoying it. We know the prayer of faith, but God also wants us to know the prayer of commitment, where the will of the Father prevails.

Till next time, go and win with Jesus.

Dearly Beloved, Until you take personal responsibility, things can be on pause in your life….

From the Father’s Heart Everything that we do in marriage is a seed. It is…